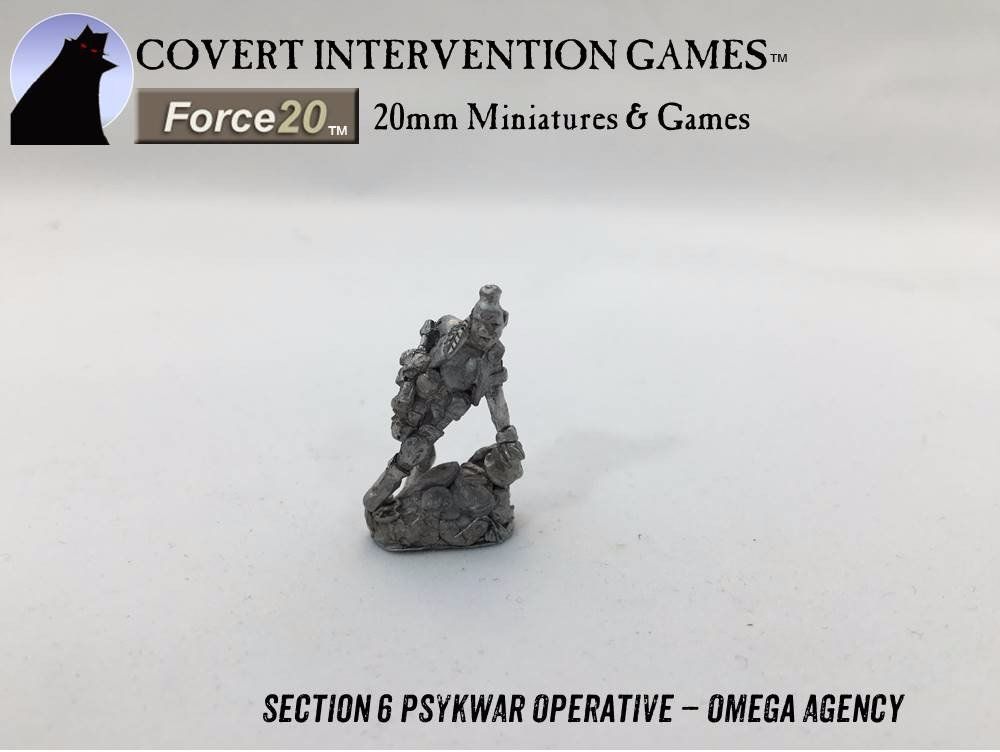 There are a very few people in this world who can do more than we thought possible drawing on power we cannot understand. in the Omega Agency’s They are sanctioned Psyonik/Psychiks with powers a very few humans are only just beginning to learn to control.

Those "touched" with psychik-magycks are often, assessed, recruited, trained, and further developed by the Omega Agency for their unique special skills and talents. Lethal in their training, capable of PsykWar powers, and free from the black taint, these operatives crackle with incredible arcane power, and wield that power at considerable risk if they lose control of their will and those powers flash beyond their control.

This is a single collectible Section 6 PsykWar Operative conventionally armed and in an action pose leaping over a base of rubble into combat. Careful with such power.

The last line of defense. A combination of black operations and men in black suits. Supported with a massive black budget and government support, but which government?

If there is a conspiracy out there this is the agency behind it or trying to stop it.

Para-military forces with special skills, psychic abilities, or knowledge of the forbidden arts. Think: Well resourced Special Opeations Forces & Ninjas combined with a little bit of Psyk-Magycks as a cohesive team. But whose side are they really on?