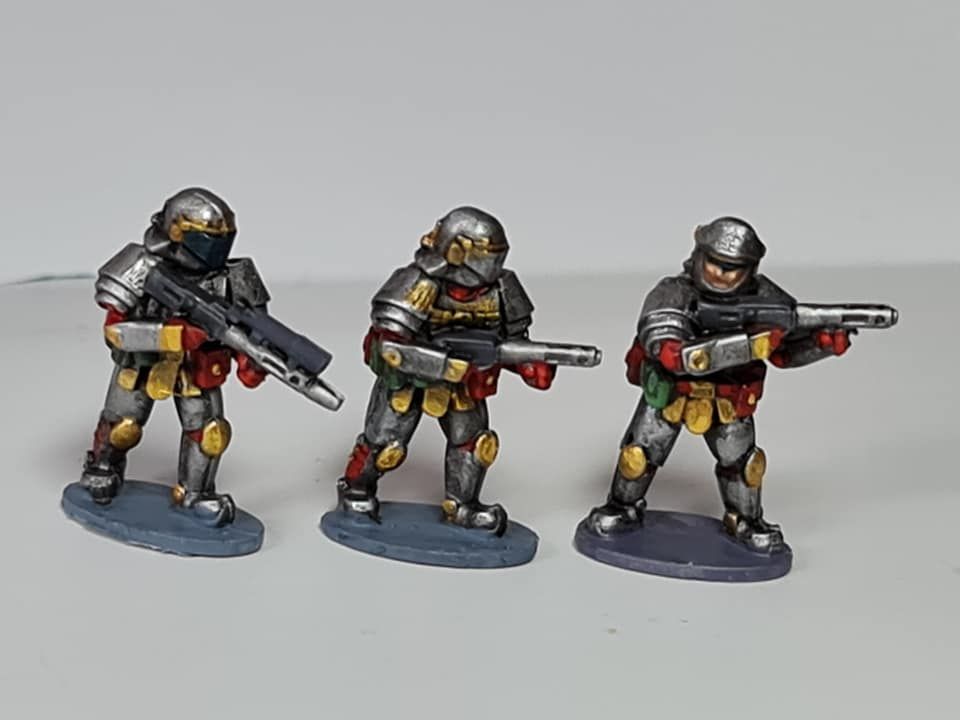 0 in your basket
View Basket Checkout

The FTN is made up of hundreds of Plantet Nations. Each Nation equips its forces according to local needs. Although technically under the control of the FCC, some of the NATIONS are rebellious and in some sectors open war exists. Other NATIONS are loyal to the FCC.

Star Legions are the main military shock force for a system. Each system of the FTN has a Legion which is loyal to the home system but also is given to the FTN in times of war.

The Legions wear heavy power suits capable of deflecting most weapon systems and also carry an energy shield projector on the left arm that can be used for short periods for frontal assaults especialy on ship boarding operations. This suit is fully vac sealed when the visors are worn closed with its own internal pressure and air supply. Full spectrum of medical systems can also auto doc any wounds including putting a heavy wounded Legionary into a medical coma and stasis thus it is very hard to actualy very hard to kill a Legionary even if they look dead. The suit also comes with a full HUD and sensor array that can operate in total darkness as well as the usaul command net and comms.

Inspired by the old Roman Army of Earth, the Legions mimic the appearance and organisation of the old Republic and Empire that was Rome.

Weaponary for the Legion varies with a standard close quarters heavy SMG called the Gladius, a longer version wit called the Spatha and asorted other adoped small arms. Every Legionary carries a one shot (rechargable) RPG type weapon named the Pilum. Typical tactics are to fire a barrage of Pilum into enemy forces just before the Legion attacks.