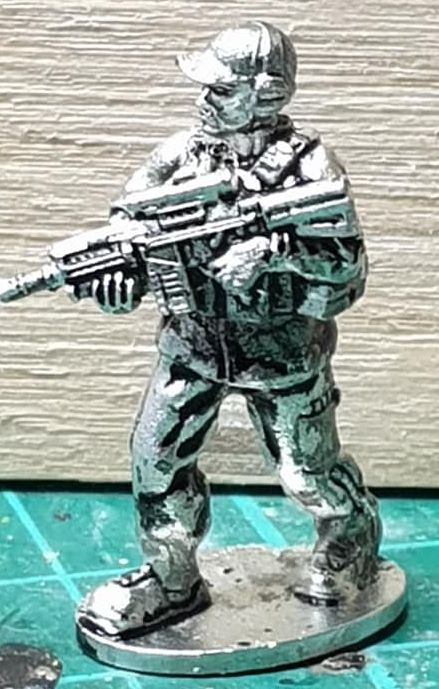 Suggestions:
- packages of 4 soldiers makes it easier to align with fireteams/squads
- instead of AK4d use a PSG90 sniper rifle as seen in the pictures which would add diversity to the range.

Unlocking Phase 2: Generic Recce/Sabotage/Jaeger soldiers. Could also be used as conscripts/sentries in an domestic scenario