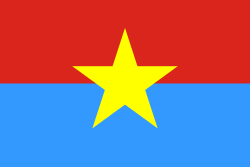 92 in stock.
0 in your basket
View Basket Checkout

The Viet Cong were a mix of local farmers and peasants mixed with infiltrated NVA main force. It was not unusual to have female combatants. As the war progressed more of the VC was made up of North Vietnamese soldiers.

Though they were irregular guirilla in nature, the VC was structured on platoon and larger levels and did take part in some mass battles.

This pack will be made of a random selection of suitable miniatures from the VC range.  There will be duplicate figures used. As the VC range expands the mix will become more noticable.

This set will contain : Command and 3x Rifle Cells